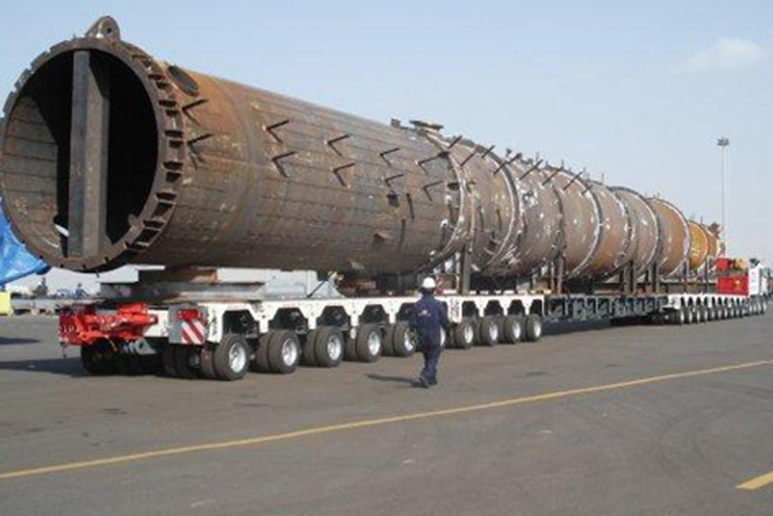 The equipment arrived by air on 14 cargo planes over a 10 day period. JTC loaded the equipment in Kuwait City on a variety of heavy haul vehicles, including a Scheuerle Intercombi, for transport to the power plant in Subiyah. The heaviest piece of equipment weighed around 110 tonnes, Scheuerle said in a statement.

Several days later, JTC used an Intercombi to transport tanks and reactor components to a refinery construction site in Shuiaba. The pieces weighed between 67 and 82 tonnes. Using two 10-axle lines, the Intercombi’s 60-degree steering angle allowed the load to be transported through the narrow harbor entrance of Shuiaba Port on the Persian Gulf 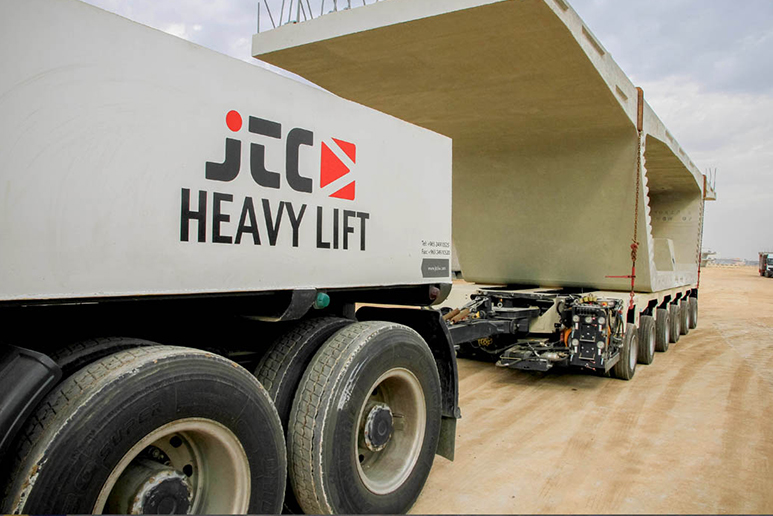 The Jamal Abdul Nasser Project is one of the major infrastructure and road development projects taking place in the State of Kuwait and is part of the Ministry of Public Works strategic plans to improve roads and motorways in the State of Kuwait. The Project will transform and upgrade the existing street into a motorway that adheres to international standards and will be standing for the next 100 years to accommodate 50 years of future traffic flow by providing a series of complex bridges and elevated highways along the length of the project and at intersections. The upgrade will provide easier access to universities, hospitals and other government buildings along Jamal Abdul Nasser Street.